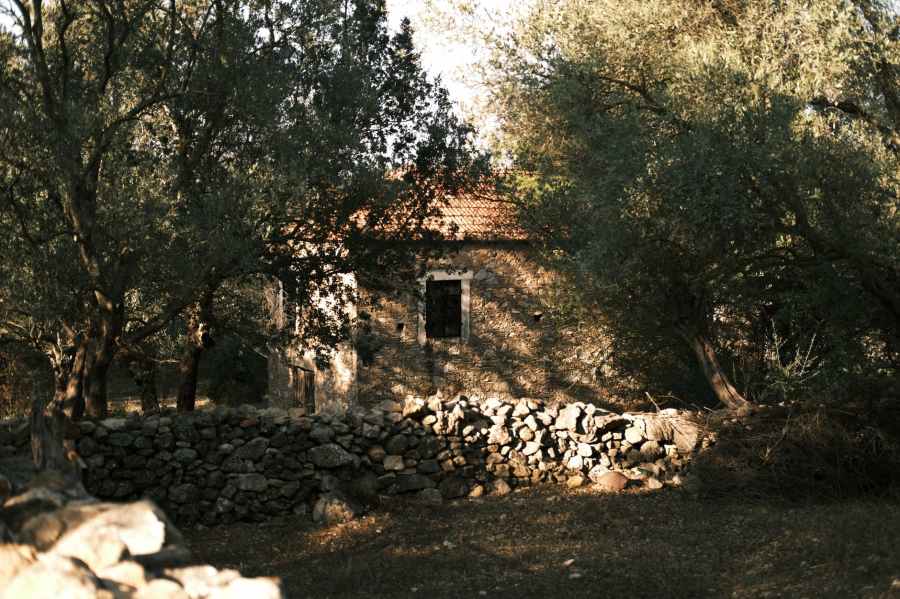 There is not much we can get in the way of morality from the Greeks. In general, most of their plays and epics revolve around meddling gods, bitter wars, and such licentiousness to make your blood boil and stomach churn. And yet, they were prolific writers, incredible storytellers, and not all the messages they provided were bad. In the midst of pagan literature, there are sometimes glimpses of that “law written on their hearts” Paul writes. Such is the case with the Odyssey, my favorite piece of Greek literature (who couldn’t choose an epic poem?), which contains my favorite passage. But it is not for the story that I love the Odyssey so much, though I do love the story. It is not for the words, the places, or the clever plot, though I love all that as well. Instead, it is for the showcased love between Odysseus and Penelope, the image of what a marriage is to be (though yet imperfect) depicted in symbol and truth.

At this point in the story, Odysseus has been gone 20 years. His son is now a man, his wife on the brink of accepting that she is a widow, and both are coming face to face with a man yet a stranger before them. How can they know him as their long-lost father and husband? Penelope was left alone to face trials of her faithfulness. She will not be deceived after all she has stood against; she will not accept the word of anyone but her husband. And she wants to. In the passages preceding the one below, it is clear that Penelope wants nothing more than to believe her son and maid that the man before her is her beloved husband. But Odysseus married well. She is no weak woman, and she is no idiot. Penelope is the match to “crafty” and “resourceful” Odysseus. So before she falls to any god’s tricks (again, Greeks, get better gods), she puts the man before her to the test.

“Come, Eurycleia,
move the sturdy bedstead out of our bridal chamber—
that room the master built with his own hands.
Take it out now, sturdy bed that it is,
and spread it deep with fleece,
blankets and lustrous throws to keep him warm.”

Putting her husband to the proof—but Odysseus
blazed up in fury, lashing out at his loyal wife:
“Woman—your words, they cut me to the core!
Who could move my bed? Impossible task,
even for some skilled craftsman—unless a god
came down in person, quick to lend a hand,
lifted it out with ease and moved it elsewhere.
Not a man on earth, not even at peak strength,
would find it easy to prise it up and shift it, no,
a great sign, a hallmark lies in its construction.
I know, I built it myself—no one else . . .
There was a branching olive-tree inside our court,
grown to its full prime, the bole like a column, thickset.
Around it I built my bedroom, finished off the walls
with good tight stonework, roofed it over soundly
and added doors, hung well and snugly wedged.
Then I lopped the leafy crown of the olive,
clean-cutting the stump bare from roots up,
planing it round with a bronze smoothing-adze—
I had the skill—I shaped it plumb to the line to make
my bedpost, bored the holes it needed with an auger.
Working from there I built my bed, start to finish,
I gave it ivory inlays, gold and silver fittings,
wove the straps across it, oxhide gleaming red.
There’s our secret sign, I tell you, our life story!
Does the bed, my lady, still stand planted firm?—
I don’t know—or has someone chopped away
that olive-trunk and hauled our bedstand off?”

This passage of Homer is so beautiful. Penelope is quick-witted, knowing what only she and her husband would know. For who would find it odd that a bed could be moved to aid a stranger? None, except one who knew her. It is not a need for strength that concerns Odysseus about this bedstand but a concern over the grounding of his pride and her faithfulness. Multiple things are happening here. This scene is not just about a bed being moved but what the bed and its movement – or lack thereof – signifies.

What do we learn here? Let us first discuss what we physically observe. We learn that Odysseus made this bed, literally. He had an aged olive tree, and around its center column, the center of their court, he built a room to shelter it. The walls were of tight and sturdy stone, sealed with strong doors that few could open, and covered the room to shelter to make sacred and shelter the space and tree. Then he took off the top of the tree to fashion something from the tree: a bed frame. This frame was immoveable, having been carved out of the olive in its prime. The bedframe was not only unique for its carving out of a planted, sturdy olive, but also adorned with silver, gold, and ivory. This bed frame was for no other but themselves.

But Odysseus says this is their “secret sign, their “life story.” “Does the bed, my lady, still stand planted firm?” he asks. Why? He asks if it has been chopped away. What does this mean? One could make allusions to the center beam grounding their marriage bed, but does he care about a piece of furniture that may have moved? Yes and no. For one, I mean come on; the guy put a lot of work into that bed and its room. It was a work of art. But he wants to know about the union between them, if this bed has spiritually moved, if they still stand. For they are bound together, Penelope and Odysseus. A marriage is both a physical and spiritual union. They are husband and wife, bound not only by the flesh but also the spirit. What Odysseus is really asking is, “Has some other man moved me out of my bed, thus moving our marriage?”

So the symbolism here is also the spiritual. Odysseus had built this place with his own hands, yes. But he also spiritually built the foundation of their marriage here. He, and no one else. (Is this still true, he asks?) He had made a physical place to shelter them with doors they alone were to open to each other. Moreover, it was a sacred place adorned with precious stones to celebrate their sacred union with the honor it deserved. And what was it built upon? What would need to be uprooted? An olive tree, a sign of something everlasting, enduring beyond all hope, eternal. But what of their love? Has Penelope remained faithful? In truth, she has. Their bed still stands as he left it, rooted and secure. No one, save her and her handmaiden, has entered that room since he went to war. No one knows of their secret sign, the testament to their vows. They have endured. He built the bed from start to finish: from its physical construction to their union upon it. A metaphysical joining, a marriage vow, a consummation. This section from Homer is my favorite because Odysseus and Penoleope’s secret sign is beautiful. Not only in physical description, but in realized trust.

Living proof—
Penelope felt her knees go slack, her heart surrender,
recognizing the strong clear signs Odysseus offered.
She dissolved in tears, rushed to Odysseus, flung her arms
aroun his neck and kissed his head and cried out,
“Odysseus—don’t flare up at me now, not you,
always the most understanding man alive!
The gods, it was the gods who sent us sorrow—
they grudged us both a life in each other’s arms
from the heady zest of youth to the stoop of old age.
But don’t fault me, angry with me now because I failed,
at the first glimpse, to greet you, hold you, so . . .
…But now, since you have revealed such overwhelming proof—
the secret sign of our bed, which no one’s ever seen
but you and I…
you’ve conquered my heart, my hard heart, at last!”
The more she spoke, the more a deep desire for teers
welled up inside his breast—he wept as he held the wife
he loved, the soul of loyalty, in his arms at last.

While part of me wants to point out the awfulness of the Greek gods again, I won’t dwell on it. Not in light of such love. Who could not shed a tear at such love? Penelope explains in the missing parts why she tested him as she did. She would not be fooled, not be deprived of the union she has with her husband by someone trying to guile their way into that unmoveable bed. But she does not have to be hard anymore, holding off love from all who try to comfort her. Her true comfort, her other half, has come at last. What’s more, even Odysseus is moved to tears, as any man would be in the moment at such a profession of love and commitment. His suffering has not been in vain, and he can hold “the soul of loyalty” at last, returning to that secret sign of their unending love.

Though entertaining and masterfully written, there are few morals to be redeemed from most Greek poetry. Most of their lessons are better taken as warnings and cautionary tales than personal aspirations (usually, though not always). But not here. Here is a beautiful picture of faithfulness and loyalty, as Odysseus remarks. It is something we can aspire to, we married people and those desiring such a union. In this scene, we see in physical form what a marriage bed spiritually and physically is supposed to be: unmoveable. It is for none but themselves, adorned with the sanctity it claims, sheltered as it needs, rooted, steadfast. Here we see the patient waiting of a steadfast wife and a husband who is nothing but grateful for such a treasure that he has been given. It is beautiful, inspiring, captivating.